BAGAC, Bataan – The youngest mayor of the province, Mayor Gab del Rosario is more than inspired to work after their “Seal of Good Local Governance Award” and is now focusing on their Solid Waste Management Program.

The neophyte mayor said that the problem on waste is now one of his biggest challenges after taking the helm of management of Bagac town from his father, former Mayor Ramil Del Rosario, though he said that their waste problem is not that big compared to other progressive towns, yet he sees the need to solve it now while still on a manageable level.

In the interview, Mayor Gab del Rosario said that, they’re now training a group of IP’s (Indigenous People) who will man their MRF (Material Recovery Facility) not only that they will have employment, but he believes that they can maintain the place clean and beautify it and even plant trees along the sides of the area.

In fact, Mayor Gab said that they have already taken a Lakbay-aral, wherein they brought the group in Brgy. Teresa, Rizal to observe the operation of the MRF in said place.

They will build their MRF, according to Mayor del Rosario in a one hectare land area at Brgy. Binukawan and he’s happy to note that Gov. Abet Garcia has already extended initially a P5M fund for the road of said project.

Simultaneously, the Mayor said that they are now exerting effort among their barangay officials and the people in the community in their information dissemination, that solving the waste problem doesn’t only depend on the local government alone but a joint effort with the constituents to make it successful.

Moreover, Mayor Gab said that since their ELA (Executive-Legislative Agenda) is about Eco-Tourism, there’s really a need to push for a “clean and green” community to attract more tourists to come their municipality.

Hands up for HIV prevention 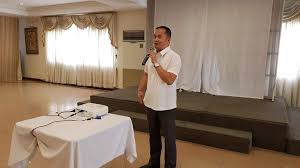 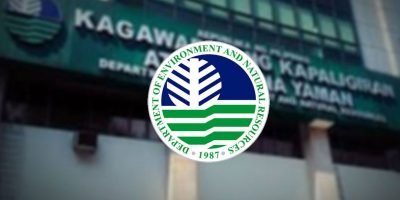