THE Sangguniang Panlalawigan under Vice Gov. Cris Garcia is still awaiting the decision of Bataan provincial government’s legal department on the boundary dispute between Barangay Quinawan in Bagac and Barangay Biaan in Mariveles. IGREG REFRACCION

The almost seven decades land dispute came to fore recently amidst planned development of lands for the expansion of the Authority of Freeport Area of Bataan (AFAB) project.
Board Member Manuel Beltran, chair of provincial board committee on land use, said on Friday the case had been referred to the provincial capitol’s legal department which will render decision on the dispute.

Beltran said a separate letter was likewise sent to the National Mapping and Resource Information Authority (NAMRIA), a government agency in charged of handling geodetic reference system, to determine the boundary between Bagac and Mariveles.

Nick Santiago Ancheta, municipal administrator of Bagac, said the land in question involves 400-hectare suitable for commercial and industrial purposes. “The issue should be resolved this early to avoid litigation of sort when prospective investors start developing the area,” he said.

By Butch Gunio2 days ago0
Agriculture 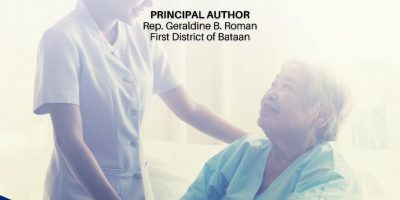 By Greg Refraccion2 days ago0
News