Protecting the health and well-being of Bataenos remains the top priority of the Provincial Government of Bataan, which is in consonance to the national government’s program, as can be gleaned in the passage of Republic Act 10963, that grants incentives to vehicles utilizing clean energy. In this connection, Board Member Jose Villapando Sr., sponsored Ordinance No. 08 s. 2020, promoting the use of environmentally friendly and sustainable vehicles by providing incentives therefor and for other purposes. During the regular session of the Sangguniang Panlalawigan ng Bataan held at the Bunker Building last June 1, presided by Vice Governor Cris Garcia, said ordinance was unanimously approved.

Some of the pertinent provisions in the said Ordinance that covers only electric and hybrid vehicles are the following: incentives to private enterprises and individuals engaged in the manufacture, importations, assembly and use of said vehicles; free parking spaces in business and commercial establishments built after the effectivity of this Ordinance; and charging stations.

Relative to this, the SP has earlier unanimously approved Ordinance No. 01 s. 2020 last February 10, sponsored by Board Members Godofredo Galicia, Jr and Jomar Gaza, institutionalizing a province-wide wellness activity in Bataan that seeks not only to protect and promote the right to health but also to instill health consciousness among Bataenos.

A wellness activity consisting of fun run, dance exercise, workout and other similar activities shall be carried out annually by the PGB while the local government units are likewise encouraged to adopt a similar activity in their respective localities. 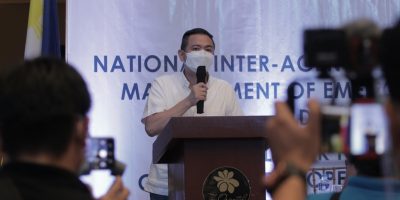