The House Bill 7688 or the “Multi Species Marine Hatchery Act” has been finally approved at the House of Representatives. This was announced Tuesday night by its main author, Bataan 1st District Representative Geraldine B. Roman, via her Facebook Fan Page.

“Mangyayari lamang ito kung patuloy nating alagaan ang ating mga yamang-tubig. Kung matatandaan ninyo, ang Brgy. Mabayo lang ang pumasa sa water quality test dahil sa water pollution ng Manila Bay na nakakaapekto sa mga kalapit na katubigan. We need to do something about this”, the second-termer lawmaker narrated.
Roman first filed this Bill (then HB 4627) during her first term. The Bill seeks to establish fish and shrimp hatcheries in all suitable areas in her District to catalyze the development of aquaculture in the municipalities which can provide both indirect and indirect employment for its people.

Congresswoman Roman added that the hatcheries will also contribute to the existing agro/aqua tourism sites in Bataan’s 1st District.
“It is also the goal of the Bill to institutionalize this existing program and the hatcheries are expected to positively impact the environment and the lives of the marginalized people of the community through collaborative efforts of the BFAR, Commission on Higher Education, BPSU, LGUs and the fisherfolks,” Roman added.

Rep. Roman also cited as an example, the Pawikan Conservation Center in Nagbalayong, Morong, a community-based endeavor for the conservation of marine turtles.
She said the approval of her Bill will contribute to the growth and development of the fisheries, agro/aqua tourism, and related industries. 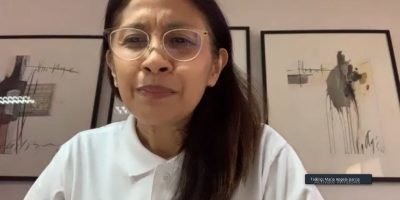 By Mhike Cigaral4 days ago0
Health