SBMA Chairman and Administrator Wilma T. Eisma said the operating revenue posted in January 2022 was higher by 92 million, or 31%, compared to that in the same period last year. The highest monthly revenue previously recorded by the SBMA was P358 million in “pre-pandemic” June 2019. The other record highs were P343 million in December 2021; P337 million in October 2020; P324 million in October 2018; and P298 million in July 2017. 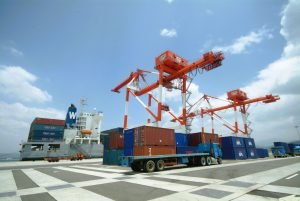 This record-breaking income in January, Eisma said, was accompanied by other positive indicators: an 11% increase in operating expense that was higher by P10 million; a 41% growth in earnings before interest, taxes, depreciation and amortization (EBITDA); and a 20% increase in net income before tax with subsidy, which at P222 million was higher by P38 million. Eisma pointed out that SBMA’s seaport operations alone contributed P221.4 million, with P91.62 million from cargo charges; P75.32 million in SBMA share from terminal income; P34.17 million in leases and rentals; and P12.28 million in vessel charges.

“We are hoping that this January record will be a foretaste of what’s to come in the succeeding months, as we ease down into normalcy with the waning Covid-19 pandemic,” said Eisma. The SBMA, she added, “has really set its sights higher this year, especially with seaborne trade, after realizing an actual increase in container cargo traffic even at the height of the pandemic in 2021.” According to a profit and loss statement from the SBMA Financial Planning and Budget Department, other than the P221 million from seaport operations, the agency’s January 2022 revenue of P387 million was enhanced by P111 million in land and building leases; P28 million in regulatory income; P8 million in housing leases; P6 million in airport operations; P.67 million in tourism collections; and P12 million in miscellaneous income. Although land and building leases suffered a 1.8% decrease from its 2020 level of P113 million, it still contributed P64.73 million in land leases and P45.98 million in building leases this year, said SBMA budget officer Edith Marzal.

The slight decline in land and building leases was easily offset by a 65% increase in seaport income, a 35% rise in housing leases, and a 20% growth in miscellaneous income, Marzal added. She also said that SBMA airport operations income likewise showed a 6% increase in January 2022 compared to last year’s record, while regulatory fees grew by 8%, and tourism income by 48%. Meanwhile, the SBMA reported an aggregate 11% increase in its expense accounts with P67 million in manpower payroll services; P12 million in debt servicing; P10 million in occupancy costs; P1 million in repair and maintenance; P.07 million in advertising and promotion; and P14 million in various services. The single biggest item in SBMA expenses was manpower cost for regular employees, which stood at P64.7 million, followed by contractual services at P14 million.