As government officials expressed dismay over the rising number of Chinese retirees in the country, the Subic Bay Metropolitan Authority (SBMA) on Tuesday, positively announced further decline in the number .. THE 33 multi-purpose cooperatives under the stewardship of Balanga City Cooperatives Development Council (CCDC) are unfazed by the dreaded Covid-19 plus the inclement weather as they celebrate their 19th ..

Power system operator and transmission service provider NGCP has implemented the necessary preparations and precautions to minimize the impact of Tropical Depression Pepito on transmission operations and facilities. .. 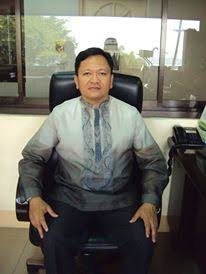 The Bureau of Fisheries and Aquatic Resources in Central Luzon issued advisory on Monday against gathering, selling and eating “tahong” (mussel) following reports of red tide toxin in the province’s .. For the fourth consecutive year, the Provincial Government of Bataan (PGB) under the leadership of Governor Abet Garcia once again won the coveted Seal of Good Local Governance (SGLG) from the Department .. Sinagtala Farm Resort and Adventure Park will resume operations first week of November after seven months of being stagnant due to the threat of Covid-19. Felicito C. Payumo, former representative of Bataan ..