The Office of Civil Defense recently approved a P40 million budget for the construction of a multi-purpose evacuation center in Barangay Colo of this first-class municipality. This was disclosed by Municipal .. 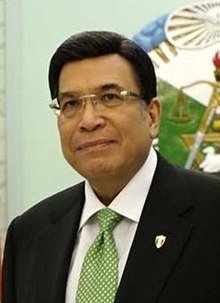 The National Public Radio or NPR, an American news company, recently featured Bataan 1st District Representative Geraldine B. Roman as one of the 7 Covid-19 Pandemic Changemakers from all over the world. .. Landbank opens branch at The Bunker

Bataan Governor Abet Garcia on Wednesday led the formal opening of the Landbank branch at The Bunker at the Capitol in Balanga City. Governor Garcia was joined by key officials of Landbank led by Sylvia .. The Department of Environment and Natural Resources (DENR) Bataan has executed a Deed of Donation of cut logs for the provincial government, said Penro Raul Mamac. He said they (DENR) already signed the donation .. The Subic Bay Metropolitan Authority (SBMA) has called on workers in the Subic Bay Freeport Zone to take a personal stand against Covid-19 in order to develop a culture of safety and thus enable the revival ..