As businesses in the Subic Bay Freeport bounce back from the effects of the Covid-19 pandemic, more companies here are offering job opportunities to unemployed workers and residents sidelined by community quarantine lockdowns and business slowdown.
Last Tuesday, Nov. 24, a total of 185 work positions were offered by various companies in the second SBMA virtual job fair conducted as part of the 28th founding anniversary of the Subic agency, said SBMA Chairman and Administrator Wilma T. Eisma.
“Subic is definitely back on track—although not on full speed as yet, but we are getting there, as you could see from the new job openings being offered,” Eisma pointed out.
She noted that a total of 2,139 job-seekers applied for the 185 positions offered. “This is proof that a lot of our kababayansneeded jobs desperately under the circumstances, and I’d like to say that both the SBMA and the business locators here are stepping up to meet this rising demand,” Eisma said.
“This is pretty much a public-private effort. SBMA and the companies here are putting out new projects to create new jobs and to take in more workers as much as possible,” she added.
In the Nov. 24 job fair organized by the SBMA Labor Department, 11 Subic-registered companies offered a total of 54 job positions.
These included Sanyo Denki Philippines, Inc. and Subic Bay Freeport Grain Terminal Services, Inc., which both listed 10 job openings; Uptimised Corporation, with 8; DBA Global Shared Services, Inc. and Subic Bay International Terminal Corp., with 5 openings each; Sams Group of Companies, Toyota Subic Inc., and United Auctioneers Inc., with 4 new positions each; Advanced Composite Systems Inc., with 2; and Subic Consolidated Projects, Inc. and S-Corp Phils., with 1 opening each.
On the other hand, 21 other companies elsewhere filed for request for recruitment assistance (RRA) with the SBMA with a total of 131 job offerings, said SBMA labor manager Melvin Varias.
Varias also noted that of the 2,139 applicants for various positions, 56.2% were from Olongapo City; 28% from Zambales; and 13.9% were from Bataan. The rest were applicants from Pampanga and the National Capital Region.
SBMA records also showed that 52.2% of the total applicants were male and 47.8% were female.
The companies that generated the most applicants were Sanyo Denki, with 180 applicants for the 10 job openings offered; United Auctioneers, with 154 applications for its four job openings; and Uptimised Corporation, which received 82 applications for its eight openings.
Meanwhile, Chairman Eisma also thanked participants in the blood donation drive organized by the SBMA and the Philippine Red Cross (PRC) during the Nov. 24 anniversary event.
SBMA Deputy Administrator for Health and Safety Ronnie Yambao said the project collected 51 bags of blood for PRC Olongapo Chapter, with donors coming from Subic locators, residents, SBMA employees, the local police, and community volunteers.
Yambao said the SBMA is also coordinating with PRC Olongapo for the donation of any available plasma for Covid-19 patients under the convalescent plasma program. The plasma will be processed at the PRC’s national headquarters. 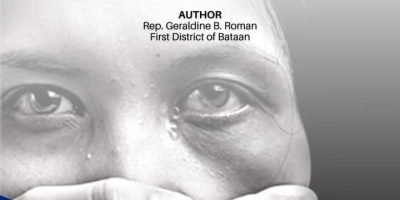