The UNTV Cup is a men’s charity basketball league. For Season 8, twelve basketball teams organized by government agencies and guested by celebrities and ex-pro and amateur players competed in the league.

Bataan Penro Raul Mamac, a player of DENR Warriors, said the cash prize will go to the players and their chosen beneficiary Environmental Heroes Foundation Inc. He said the trophy and prize came from UNTV.

Mamac said the DENR secretary also gave plaques of appreciation to players of DENR Warriors in the recent ceremony.

Government health protocols were strictly observed during the awarding ceremony.

Mamac said all players of DENR Warriors are employees of their agency from Region 3, Region 11 (Davao), and Central Office. He also said team coach was Usec. Adobo and assistant playing coach was DENR Director Norlito Eneran. 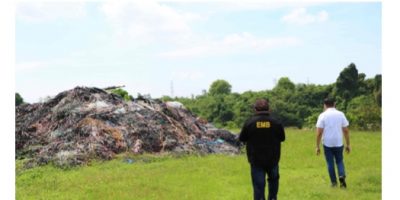