After more than 11 years of existence in the local transport industry, the Balanga-Orani Transport Service Multi-Purpose Cooperative (BOTSMPC) recently joined the transport modernization program of the Department of Transportation (DOTr).

The BOTSMPC has acquired more than P32 million loan from the Land Bank of the Philippines for the acquisition of 15 units of modern vehicles equipped with air-conditioning units, wi-fi, GPS (global positioning system), and Trip Ko card (for cashless payment of fare).

Freddie Guanzon, chairman of BOTSMPC, said the Landbank loan is payable in seven years, He said the BOTSMPC is confident of settling the loan on time given the bright prospect of local transport industry.
The transport coop has more than 100 members. He urges other non-members to join the coop now or they might lose the chance if they could not comply with the requirements set by the Land Transportation Franchise Regulatory Board (LTFRB) on the government’s transport modernization program.

Guanzon said the LTFRB guidelines have it that only one coop be allowed in one route. “Kung sino po ang unang mag-comply sa requirement, sa kanila po i-aaward ang prankisa,” he explained. (Whoever meets the requirements, gets the franchise.)

“We only have to unite and act as one in order to join the national government’s modernization program,” said Guanzon. As to the amount of fare, additional 20% will be charged to old LTFRB fare matrix, he said. By Greg Refraccion2 days ago0
Environment By Mhike Cigaral2 days ago0
Agriculture 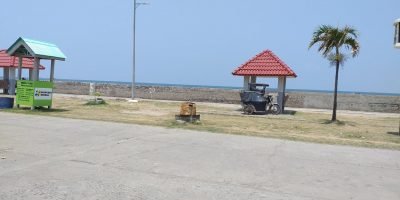 By Greg Refraccion5 days ago0
News