Penro Raul H. Mamac said they are honored by the visit of reigning Ms. Ecoteen International 2020 Roberta Angela “Roan” Tamondong and led an environmental activity in the province. “Thanks ..

A total of 8,136 beneficiaries of Iskolar ng Bataan program have started receiving their stipend from the provincial government. “The ‘cash refund’ or stipend distribution is being done .. Former Bataan 1st District Congressman and SBMA Chairman Tong Payumo is in favor of the proposed 3rd congressional district in the province. Echoing the statement of the author of the bill in Congress, .. DENR Undersecretary Benny D. Antiporda administered the oath of office of the elected regional representatives of the newly created Coalition of Solid Waste Management Providers (CSWMP) as a result of a series .. 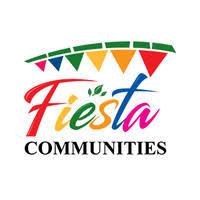 Sister housing companies operating in Luzon are urging youths to invest in real properties. “One of the things they [youths] should try is to invest in houses because it is truly worthy”, said Miss ..