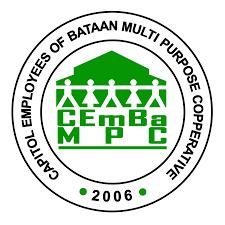 After 15 years of existence, the Capitol Employees of Bataan Multi-purpose Cooperative (CEMBA) will soon have its own multi-million peso building in Barangay San Jose, Balanga City. Ms. May Hizon, general .. There is no more African Swine Fever (ASF) case in Bataan following stringent measures adopted by the Department of Agriculture and the local governments, according to Provincial Veterinarian Dr. Alberto .. Unity, sacrifice, discipline and sheer determination. Those were the words of wisdom Bataan Gov. Albert Garcia wanted to convey to all when he delivered his “Araw ng Kagitingan” speech themed “Kagitingan .. “We thank Gov. Abet for the land survey,” thus said Councilor Joel Abraham, the indigenous peoples’ mandatory representative to the Sangguniang Bayan of Dinalupihan. The Aetas in the hinterland .. Mayor Ramil del Rosario of Bagac on Monday met the 14 Punong Barangay (village chiefs) to brief them on new stringent health protocols to be implemented in this tourism hub municipality. The mayor said .. Municipal mayors in Bataan are now being readied for the micro plan vaccination program to reach even the remotest barangays or villages. Bataan Gov. Albert Garcia revealed on Monday’s vaccination .. Development plan should be anchored on barangay setting

The preparation of barangay development master plan must be anchored right on barangay setting not only on municipal or provincial level. This was emphasized by Bataan Gov. Abet Garcia during the “Barangay .. The two locators at the Freeport Area of Bataan (FAB) are not in any way involved in any oil smuggling activities as alleged in a news report last February. This was gleaned from the statement issued Monday .. Investors at the Freeport Area of Bataan (FAB) will not have to worry about power supply because one of the country’s freeport hubs has ample supply of energy sufficient to feed factories all the time. .. Bataan Gov. Albert Garcia profusely thanked on Monday doctors, nurses, and other frontliners who did their best in caring for the people who caught coronavirus. “Sila ang ating mga bagong bayani, ..