In a joint meeting of the House Committees on Government Enterprises and Privatization and on Local Government held last September 3 via Zoom application, House Bill No. 201 authored by Bataan 2nd District Congressman Joet Garcia entitled “An act creating the Metro Bataan Development Authority, defining its powers and functions, providing funds therefor and for other purposes” was approved.

Garcia said that MBDA is a development authority created in 2012, for the purpose of consolidating policies and coordinating with the various national government agencies, people’s organizations, non-governmental organizations and the private sectors in Bataan.

“We have a Sangguniang Bayan resolution of support from the 11 municipalities and 1 city, the League of Municipalities of the Philippines – Bataan Chapter supports this measure and hopefully, we can hear also the experiences of our national government agencies like PNP, DPWH and DENR working with MBDA the past 8 years, later on.” Cong. Joet added.

Garcia reported that said house bill was already approved on third reading by the House of Representatives during the 17th Congress and is now finally going to be sent to the 18th Congress to be immediately discussed in the Senate. 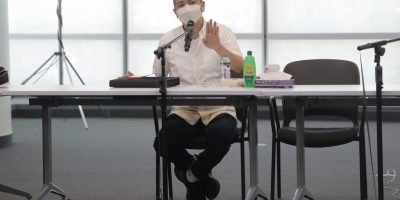